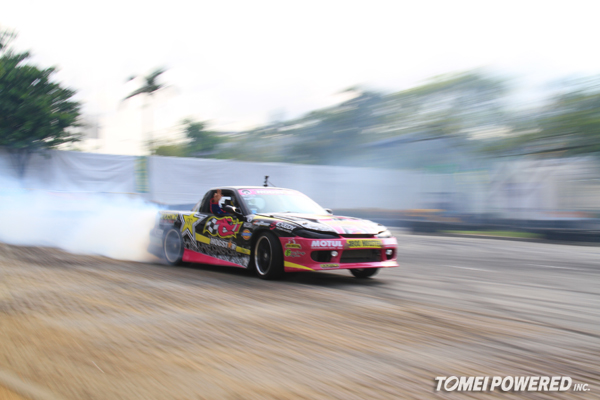 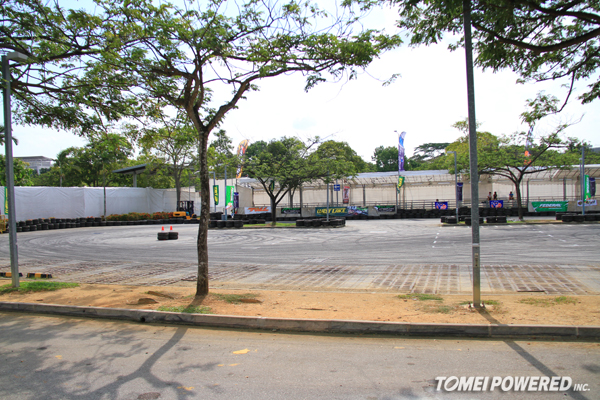 As mentioned previously, Tomei had a booth at the Asia Autosalon show last weekend in Singapore. The event also had an exhibition drift show, featuring local cars and drivers, as well as professional drivers and popular drift cars from both Japan and Australia. 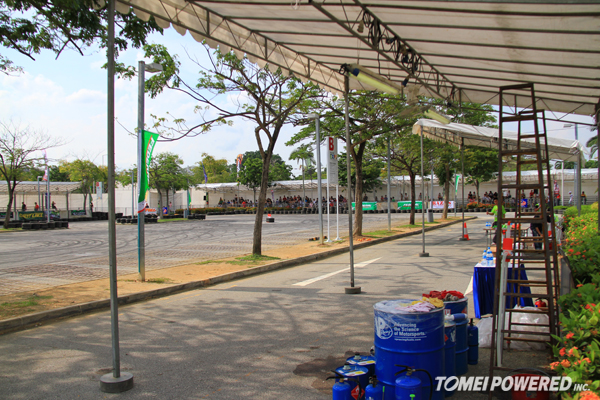 The stage was a temporary makeshift track in the carpark of the Expo Hall. 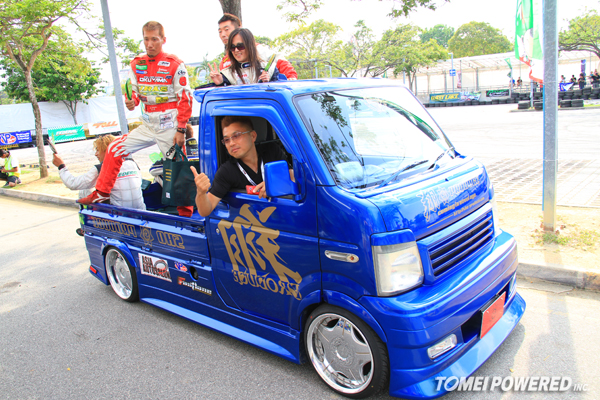 This is the team from Japan, the female driver is Hiromi Kakujima from Winds Auto. This blue Kei truck (Suzuki Carry) was her drift car for the weekend. 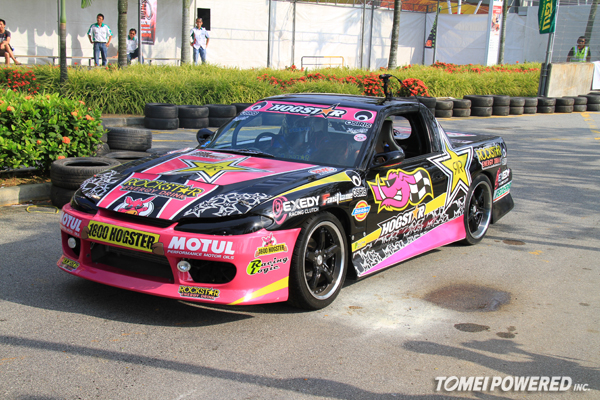 Danny from ADD Racing Australia had his Nissan Silvia there too. 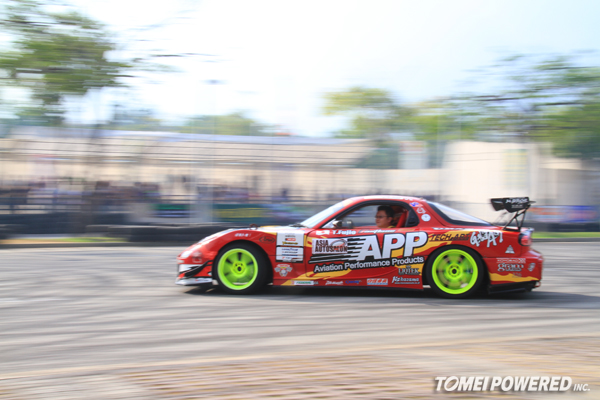 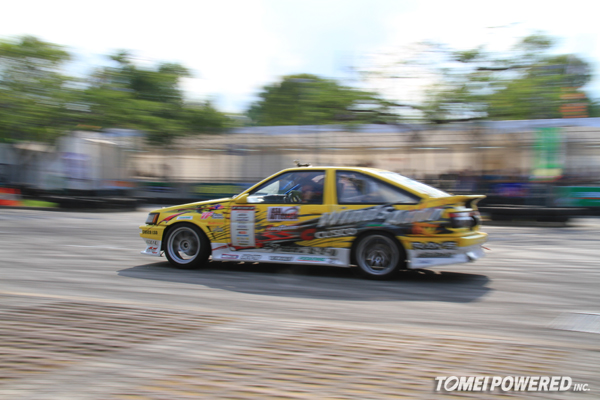 Kimihiro Obata from Winds Auto was also there with his SR20DET powered AE86. 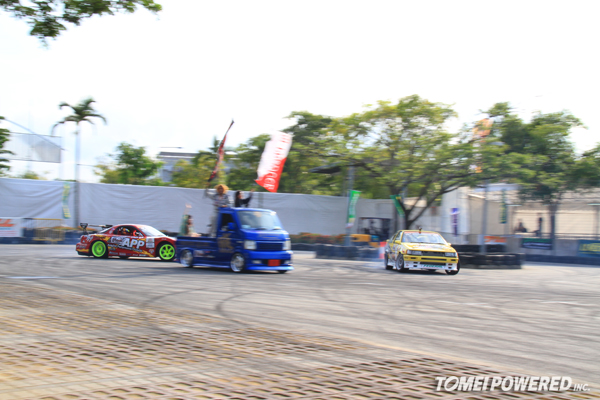 Team Japan was putting on a good show for the spectators. 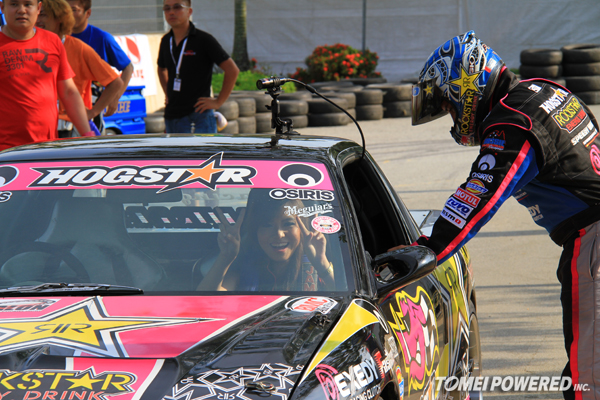 Danny Kennelly was giving the race queens a ride in his Drift car, 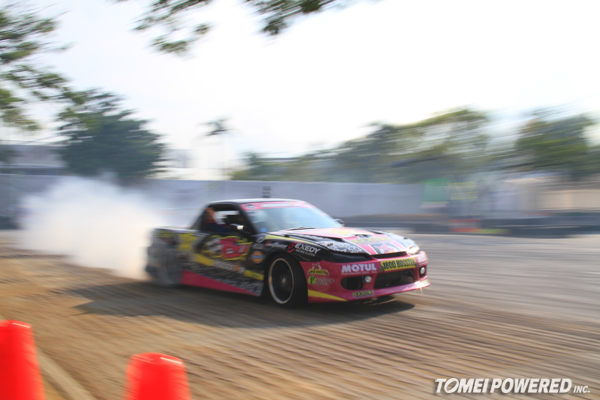 which I am sure, they won’t be forgetting anytime soon. 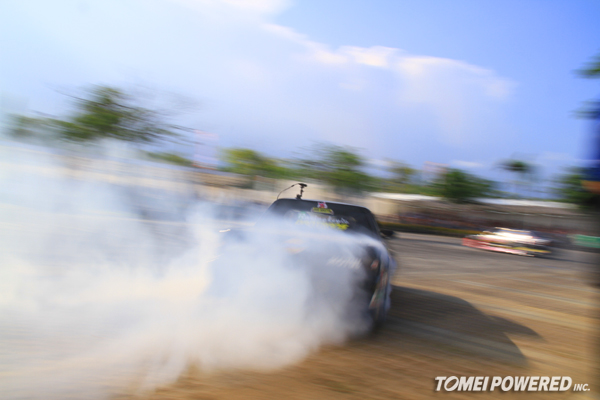 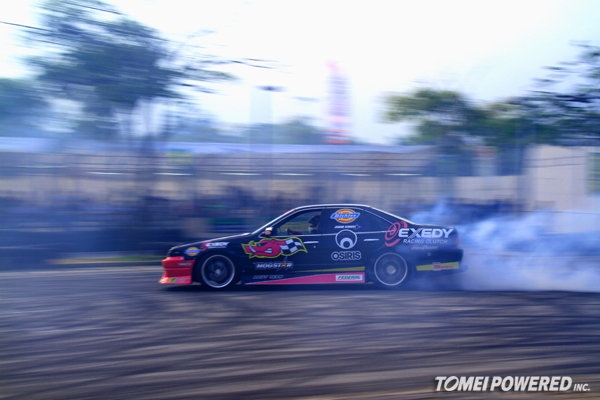 Jerome James Kennedy was out in action with his Cefiro 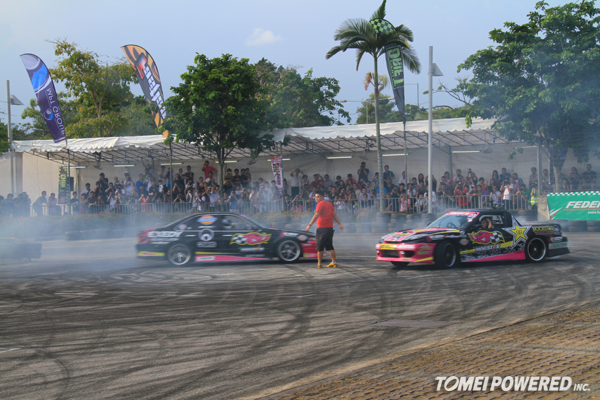 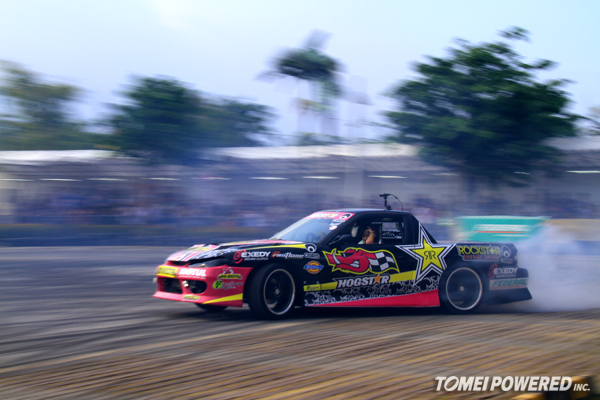 Since the UTE style look is not common in Japan, some people in Japan are interested in Danny’s car.