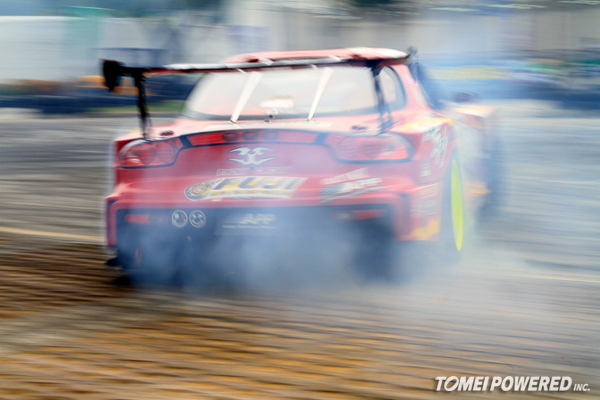 On the final day of the Asia Autosalon, the Pro Drifters ramped up the entertainment factor for the crowd. 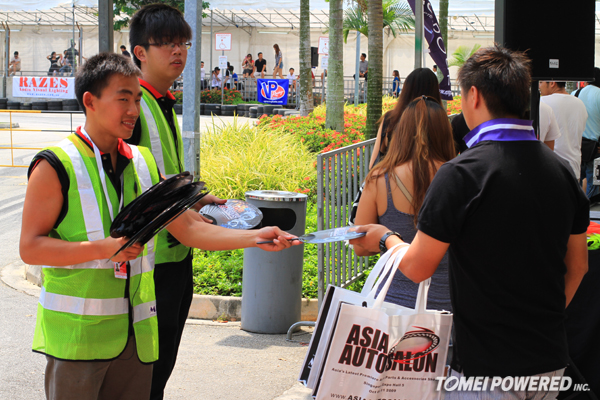 The event staff were and the drivers were handing out the Tomei “Uchiwa’s” (fans) to the crowd. Any lucky visitor who gets a Tomei “Uchiwa” with a sticker, will score a free ride in one of the drift cars with the pro drivers! 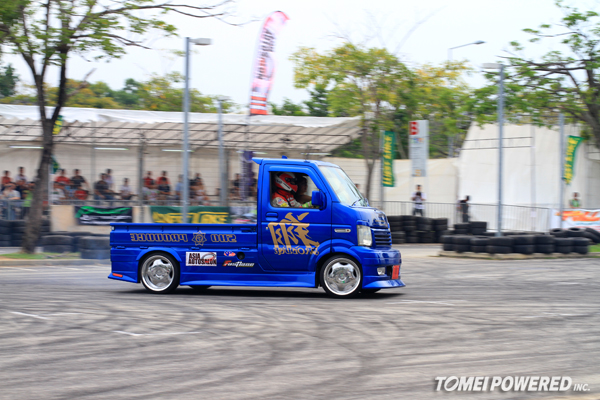 So Hiromi-san from Japan went out first and took a visitor for a spin, 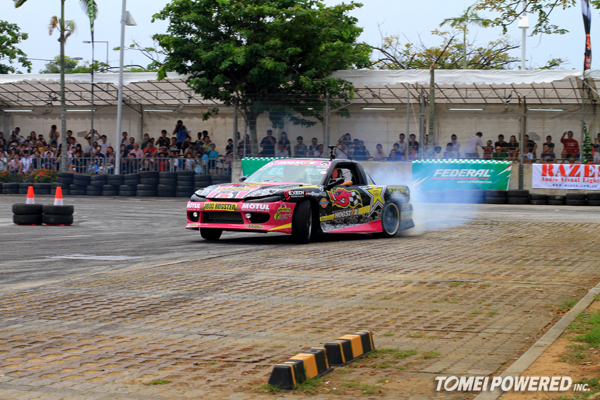 then Danny from Australia, with his Silvia Ute, 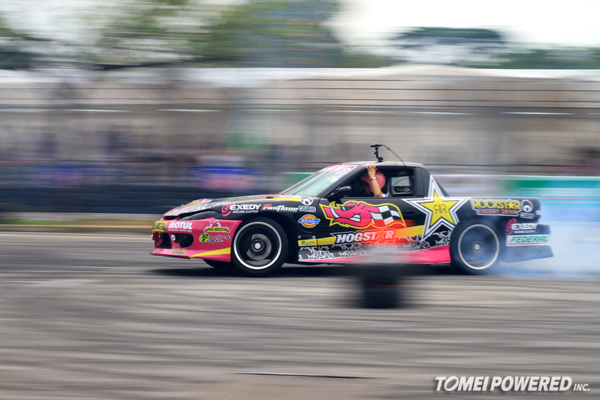 took another out for a thriller run, 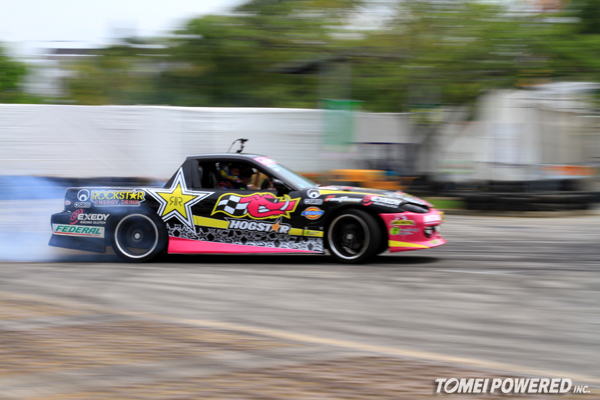 getting some nice speed on the small tight track. 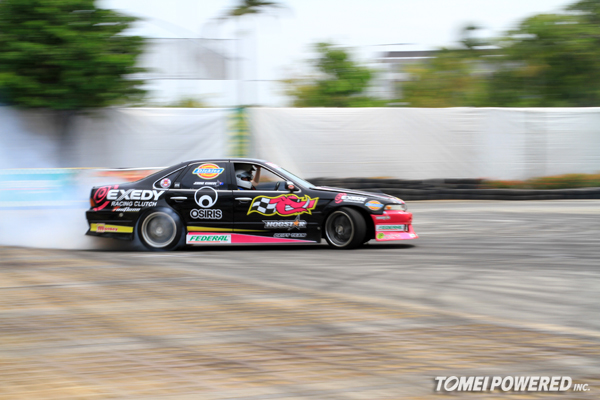 Jerome was out next, 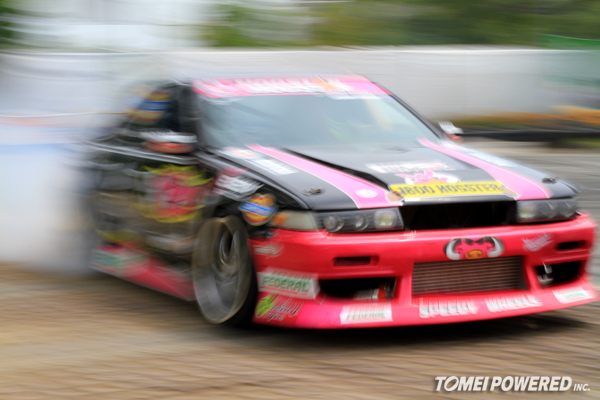 pushing the large Cefiro to the limit when possible. 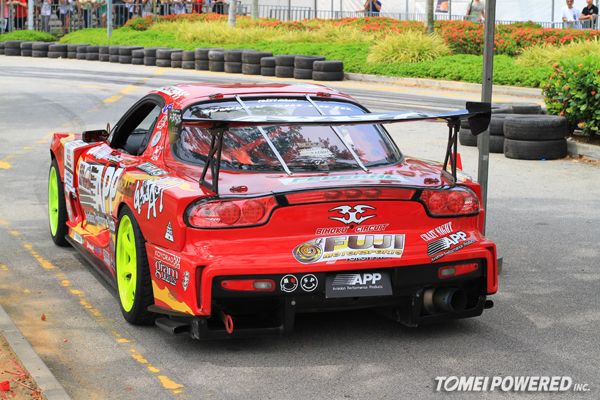 One of the most popular cars at the event, 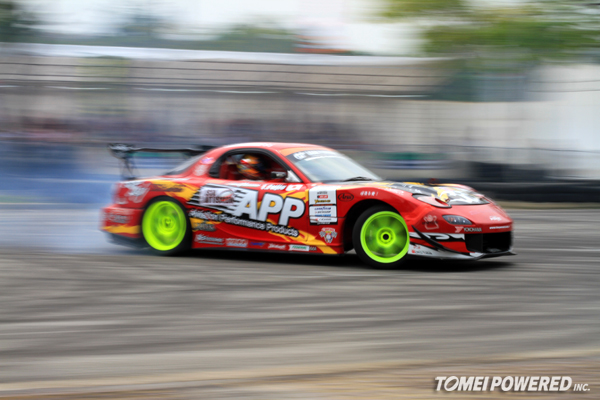 brought smiles ear to ear to every lucky riders. 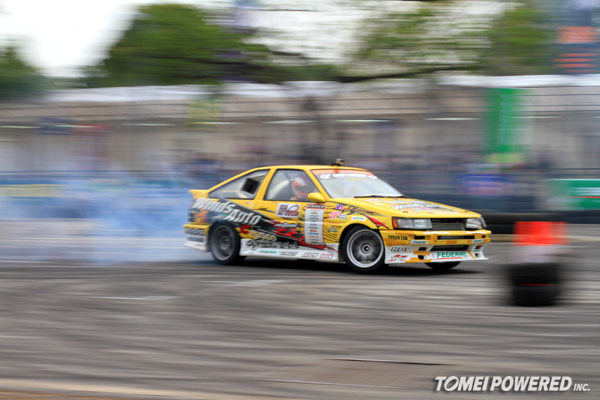 Obata-san from Japan as well, making a locals day. 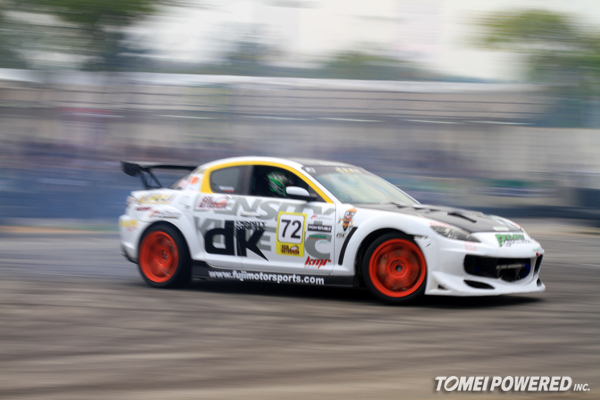 This RX7 finally came out to run on the last day, putting on a good show too.