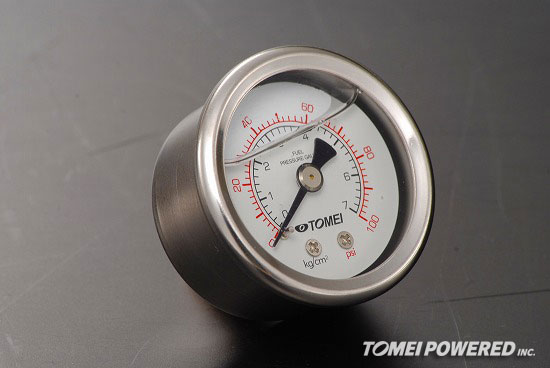 We completed the development on our all new Fuel Pressure Gauge and it will be released soon.

The TOMEI Fuel Pressure Regulator has been a big hit and is constantly sold out. A year after it’s initial launch in 2009, the demands are still growing strong.

Also due to the ever popular demand on our product of the Fuel Pressure Regulator, it was copied by some Chinese company/companies and being distributed from Singapore, Malaysia, China and Taiwan. Our fuel pressure regulator is popular with both the end users, tuners and professionals around the world including Japan. The Genuine TOMEI Fuel Pressure Regulator is popular for the reliability and stable fuel pressure that it provides. With ease of use, reliability and great looks, it is doing extremely well in the already competative market.
So finally to answer the demands of our professional users and end users we have made the guage to suit. 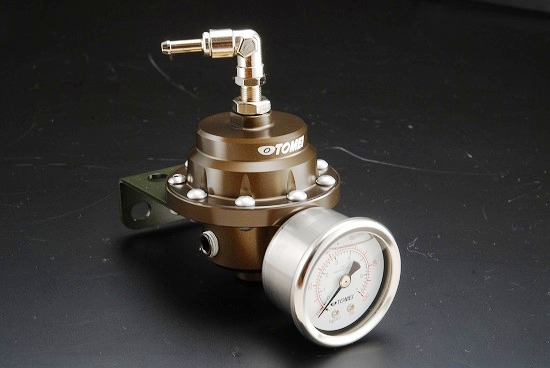 The guage can attach directly to both the TOMEI fuel pressure regulator Type S and Type L.

We have been using the protoytpe Tomei fuel pressure guages on our race car and test cars during the testing phases and even now. So we know it’s reliability. 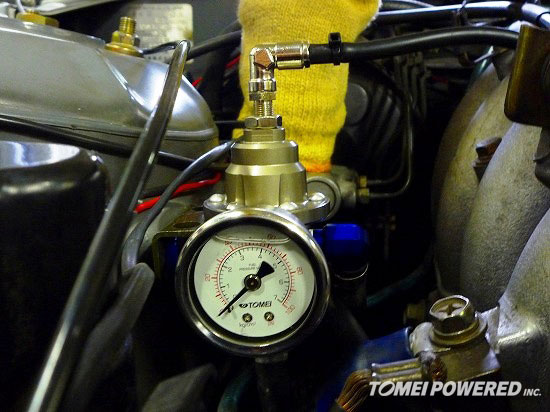