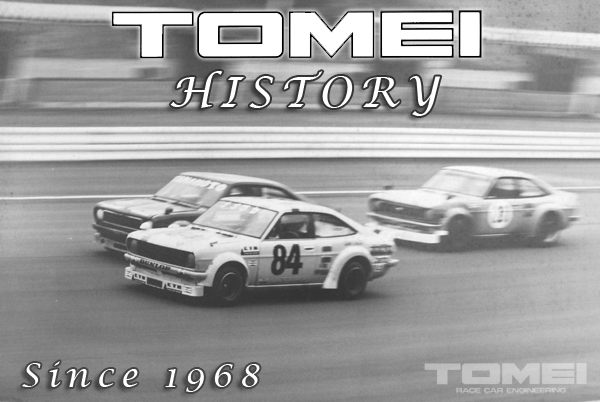 Now Tomei has been around in this industry in Japan for some time now. But still not many people outside of Japan know of Tomei’s history. Well now you can read about us and learn.

Stepping into the time warp machine (well actually digging out the closet for some vintage pictures); I was able to find some way back in the day photos of old Tomei race cars. So I had decided to dig deeper and start probing Tomei staff for the details on our history.

Tomei was establised on the 16th of June, 1968. So a lot has changed since then.

So stay tuned and you can start reading about it right here on the Tomei Blog!