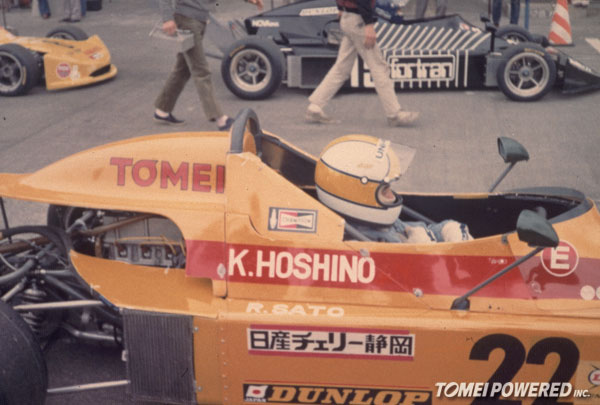 Back in the 70’s and early 80’s, Tomei was involved in the Formula series race cars, this drivers name might look familiar to Nissan motorsports fans.

If you were thinking “Kazuyoshi Hoshino-san”, then you are right. The driver of this car was Japan’s legend Mr. Kazuyoshi Hoshino (founder and owner of IMPUL) and we used to support him during the early days of his career in open wheel car racing. Hoshino-san was called “日本一速い男” (Nippon ichi hayai otoko), “the fastest man/guy in Japan”.

Our car & engine (TOMEI used to build complete Formula cars back then) helped Hoshino-san kick start his legendary career in the single seater races, with the All Japan Formula Junior 1300 Championship (FJ1300) in 1974. The following year he stepped up to become the season champion for the F2000 series in 1975. 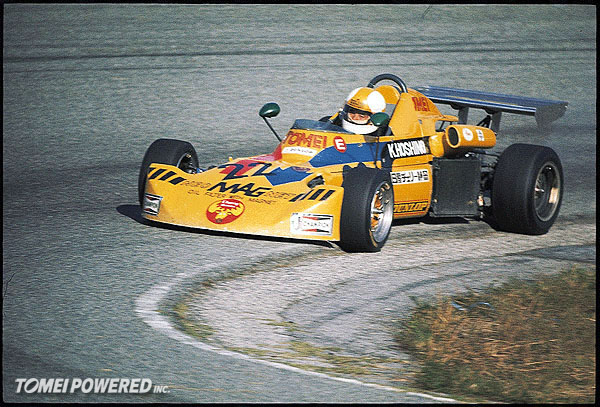 This event was the first original single seater race event in Japan. The level of this category is the same as todays Formula 3. Hoshino-san was the factory driver for Nissan. So prior to 1974, Hoshino-san was only able to race in  saloon touring cars. 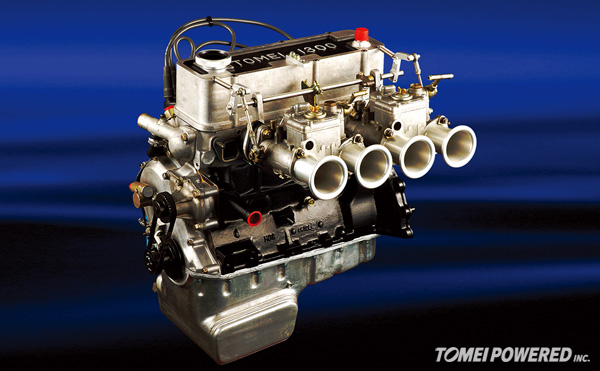 The 733 A12 engine didn’t look exactly like this one. Regretfully I could not find any photos of the engine from back then.