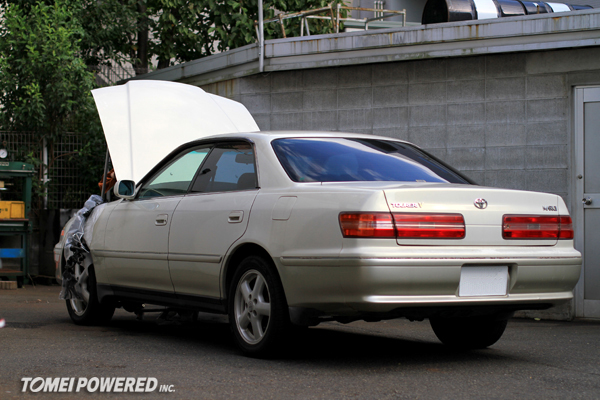 Yamaken (Yamanaka Kenji) has a new project car underway! This time he is going with a Toyota Mark 2 JZX100. 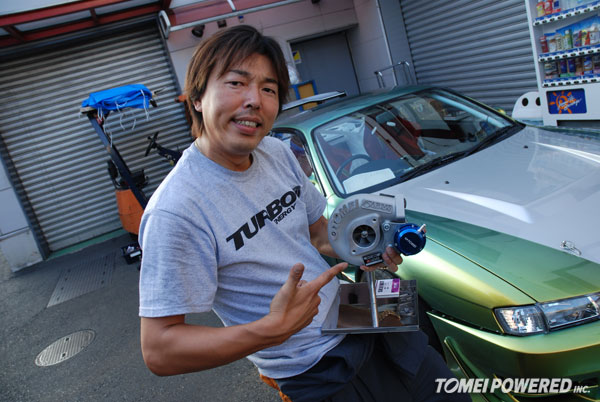 Some of you may know of Kenji from his D1GP days, then later from his Formula D days in the states. 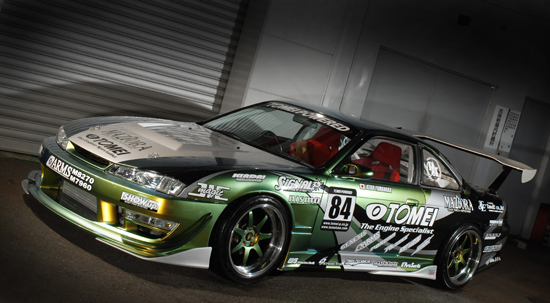 This is his other car that he used to use in the US during the Formula D competition events. He later brought it back and partnered up with Tomei to turn it into a Demo car. 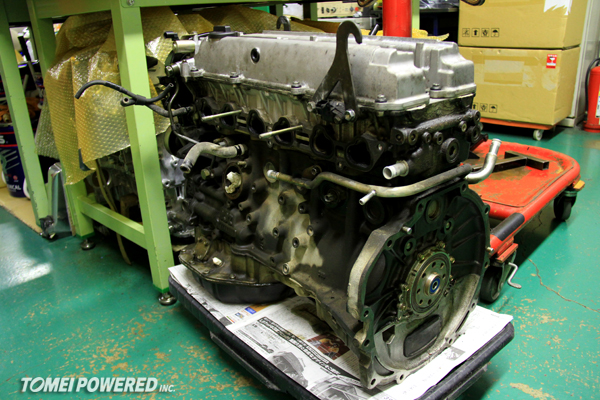 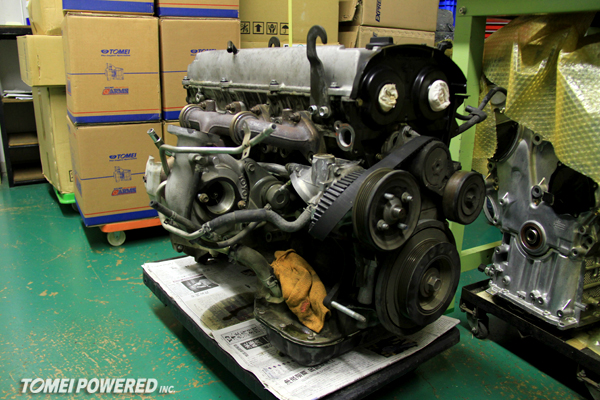 well it is a Toyota after all, so they’re bulletproof! (well almost). 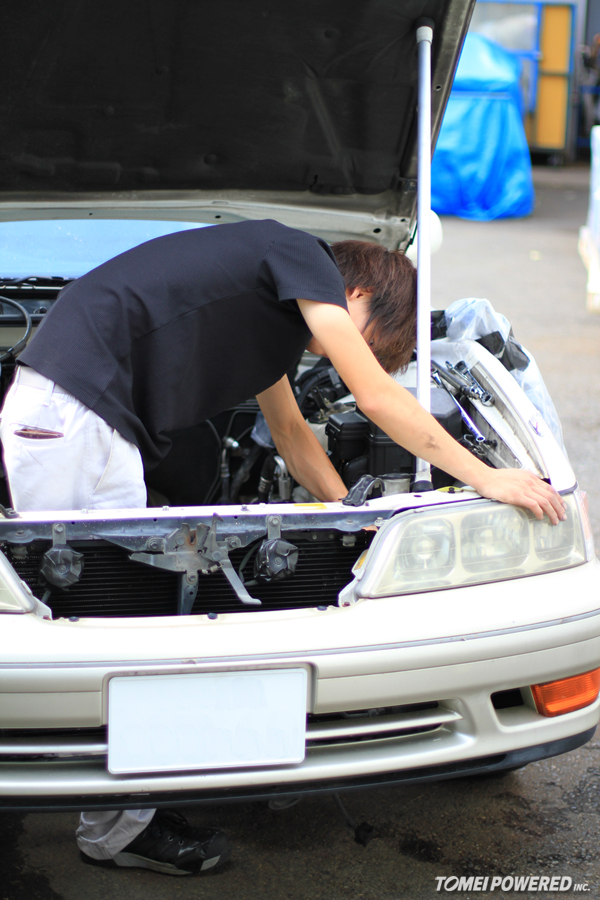 Whilst the heart surgery is underway, Iwamoto-san decided to tidy up the engine bay. It badly needed some TLC. 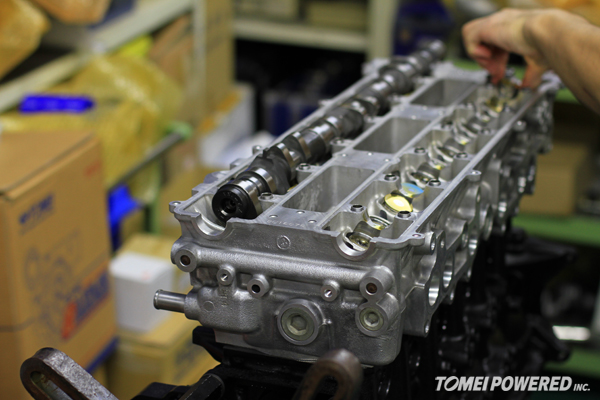 Fast Forward: Here is the new 1JZ engine, getting some prototype Tomei Poncams fitted. Yes these cams are coming soon!. So you can see we are using Kenji’s car for one of the various test phases that we do on these camshafts prior to confirmation of the final design. 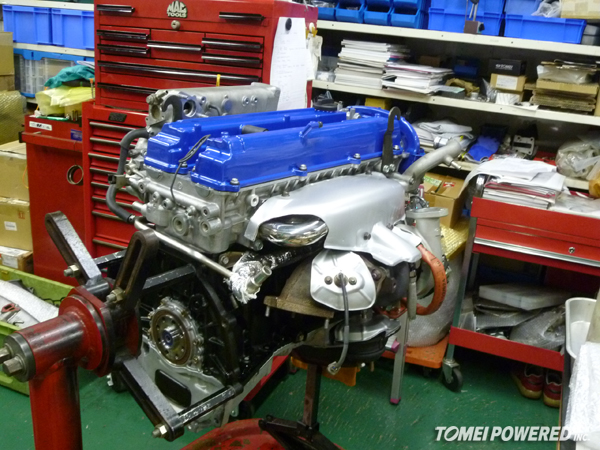 Here is the completed engine, 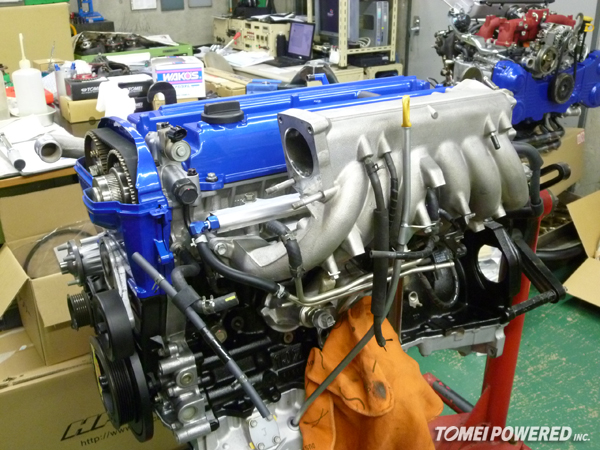 looking the part, of a traditional TOMEI engine, with that blue look. 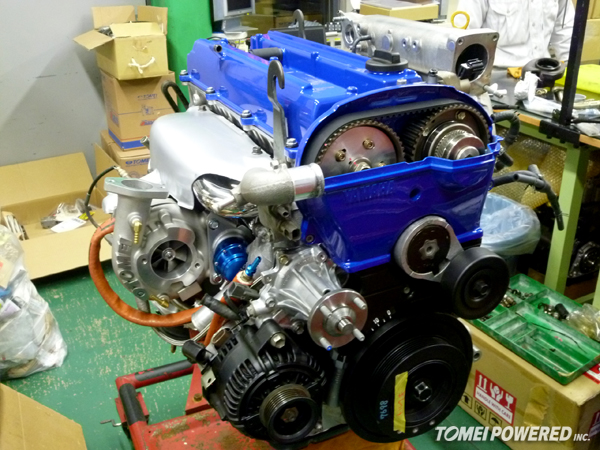 This engine gets one of our EXPREME headers and the all new ARMS Turbo (one of our prototype models that is being tested). 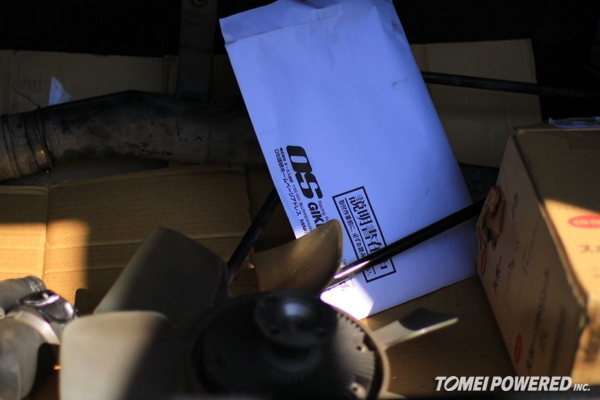 Here’s a hint of the ungraded clutch that will be used on the car to cope with the added horses. 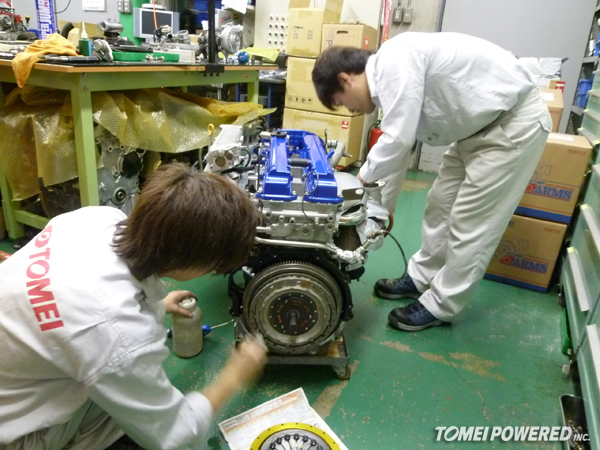 No doubt, we chose to use one of the best aftermarket performance clutches in Japan. 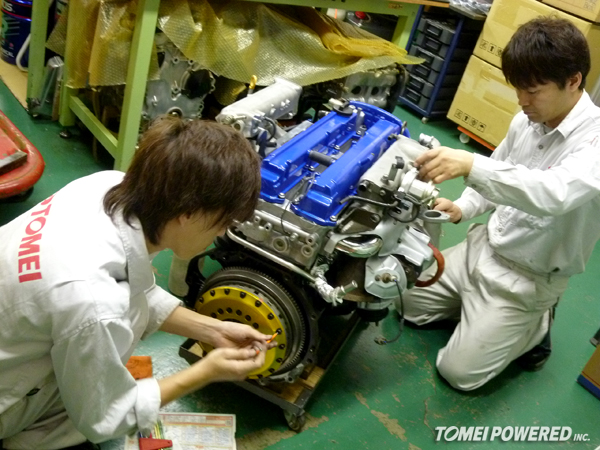 The OS Giken Clutch! This one is the TR2CD Twin Plate kit (Comes complete with the flywheel, twin plates & cool billet pressure plate). 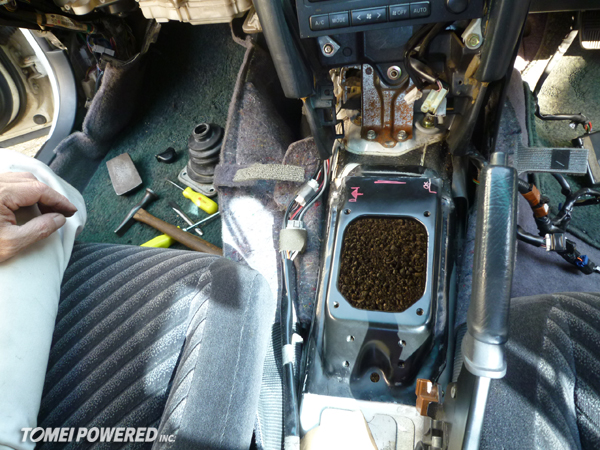 Our Cheif Master Engine builder and Engineer wasn’t too happy with the finish of the transmission swap job done by a previous person. (This car originally came with an Automatic Transmission). 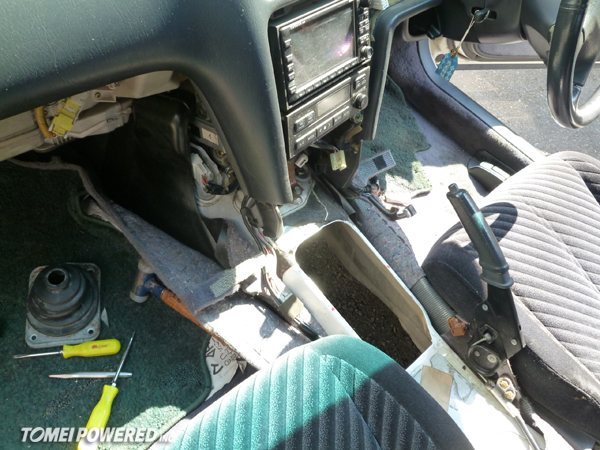 So he had it removed, 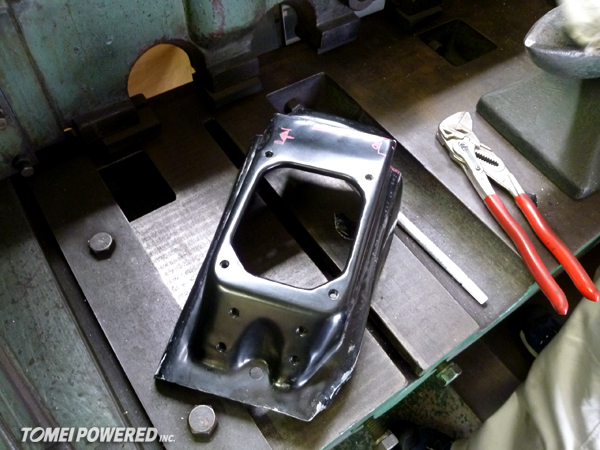 made his corrections that it needed, 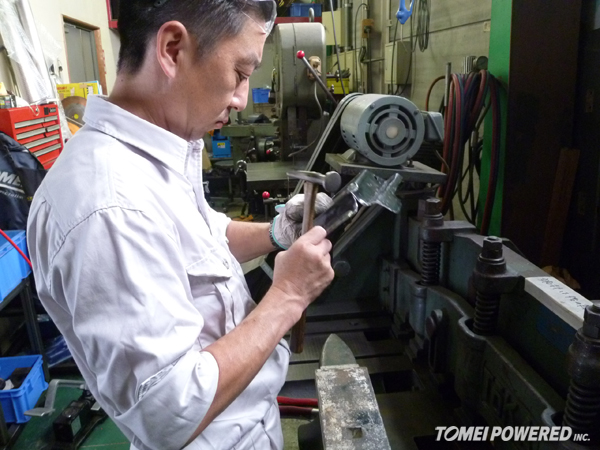 and did the job himself (He’s very very meticulous). 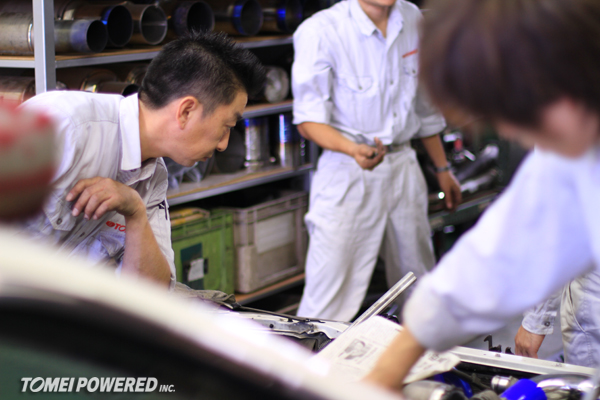 Then back to the Heart transplant. The engine was fitted.

This is one of the many trays that are used to make sure nothing goes missing. Trust me, it’s a life saver. 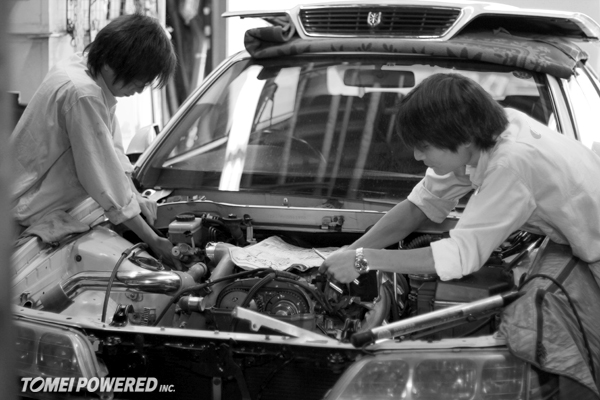 So now the guys are adding the other auxilary parts and checking other areas that might need attention. 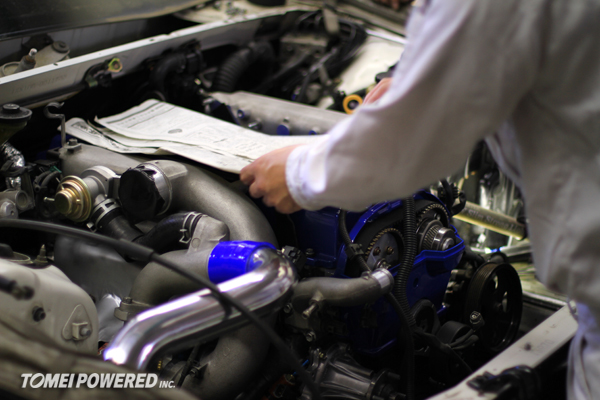 it’s all coming together and starting to look the part. 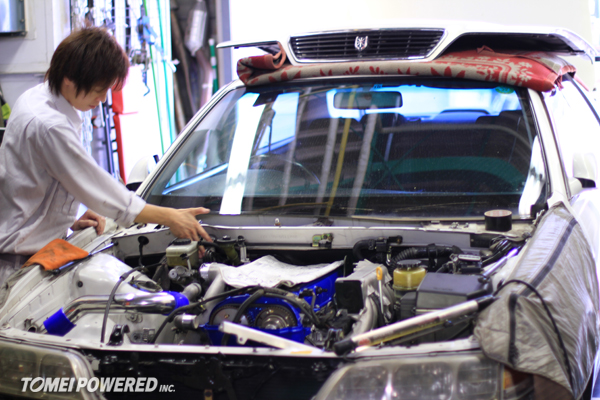 So for now, this is where the car is up to, 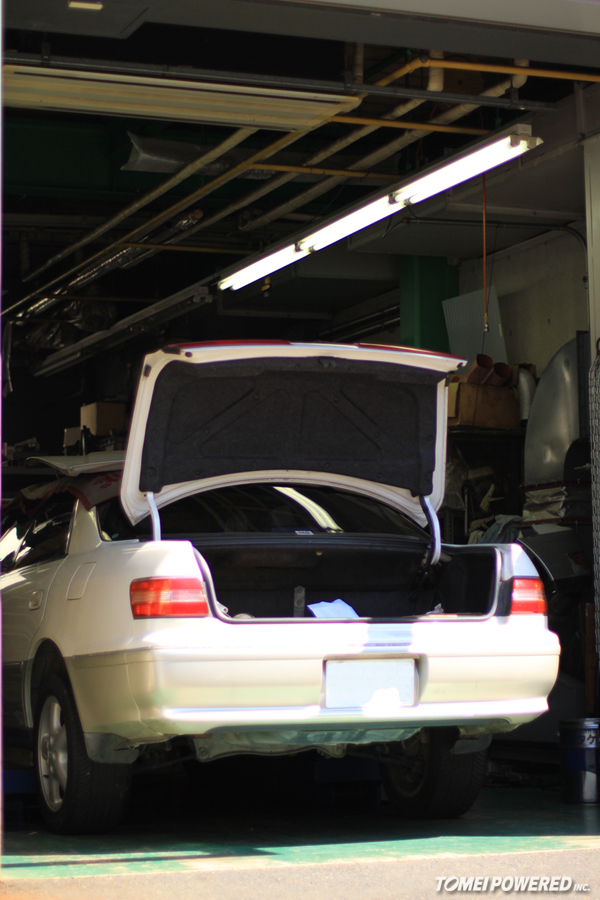 stay tuned to see it’s progress. You can see the video below of the other test engine on one of our Engine Dynos.

And this is just one of the many different test stages of our R&D process. 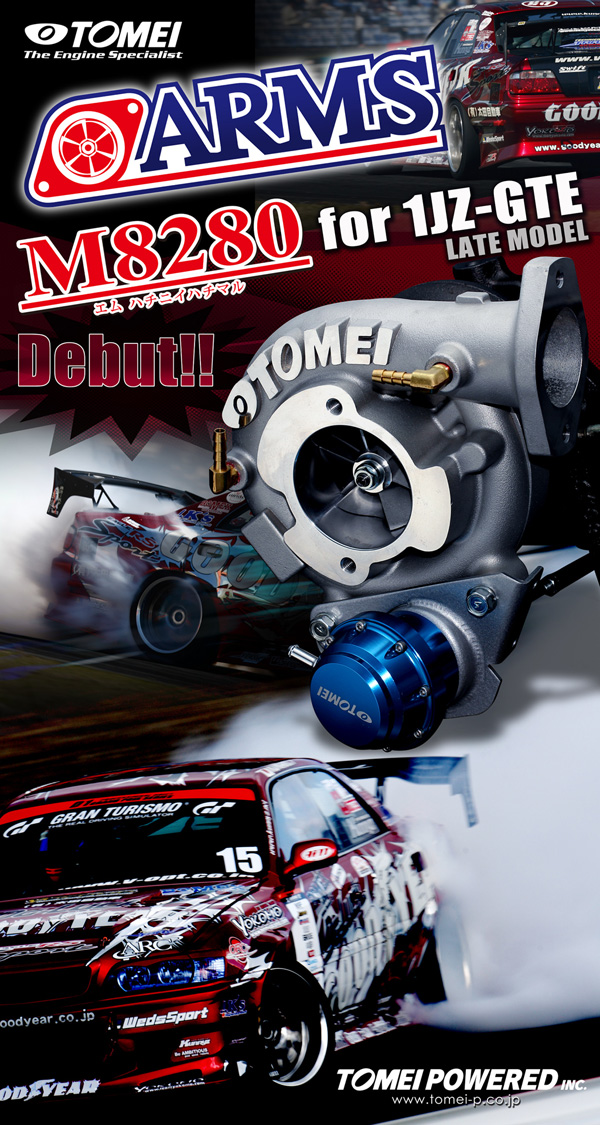