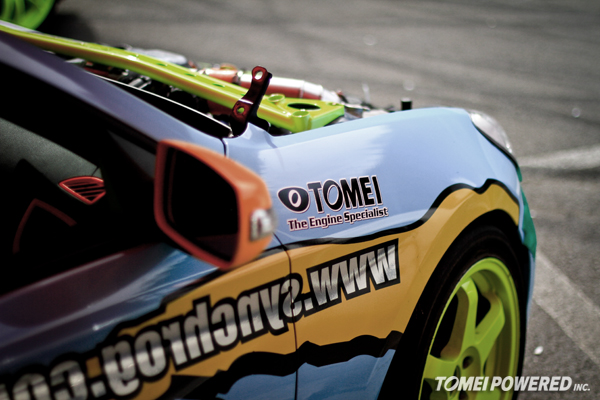 Up in South Korea, motorsports is on the rise. 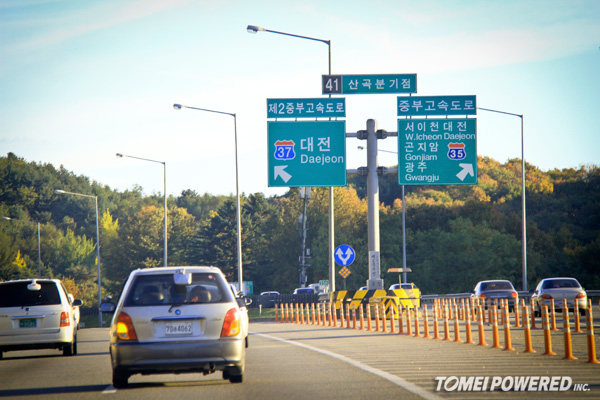 With the Korean car manufacturer, Hyundai, showing interest in the motorsports market, the Hyundai Genesis Coupe owners are starting to show solid interests in both circuit racing and Drifting. So we sent one of our staff members to take a closer look. 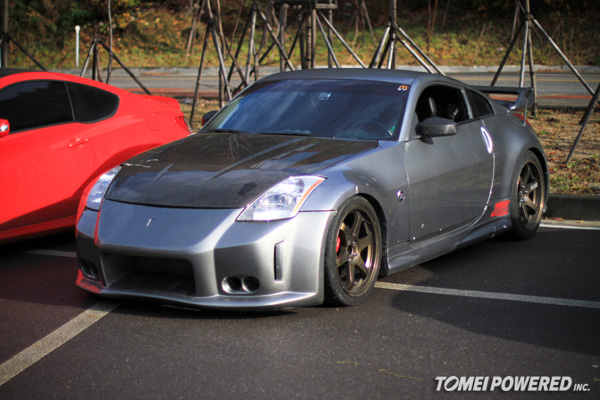 We found that import cars have high tax, so a Nissan 350Z, like this, are somewhat hard to find. 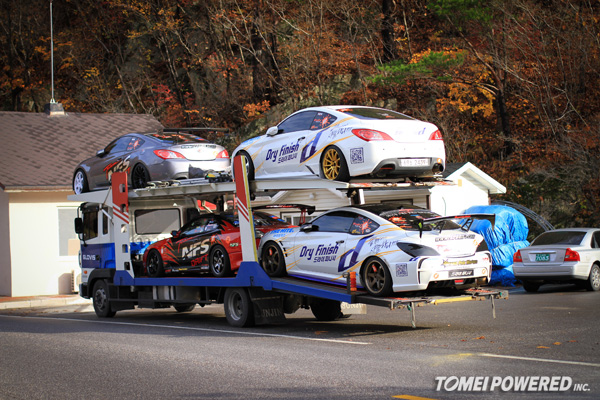 At the event, 95% of the cars entered were Hyundai Genesis cars. This S14 was the only S14 there on the day. 3 Nissans in total. 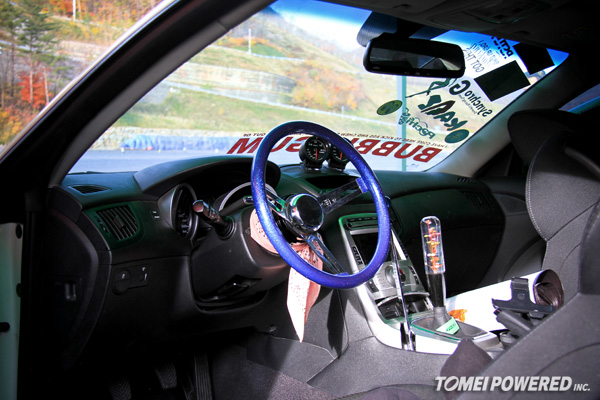 This is Richard Kim’s interior, which has a unique look from the rest. Having lived in the US, he’s showing a blend of US and JDM taste in his style. Richard’s car is equipped with the Tomei Expreme Ti full titanium cat back exhaust system. 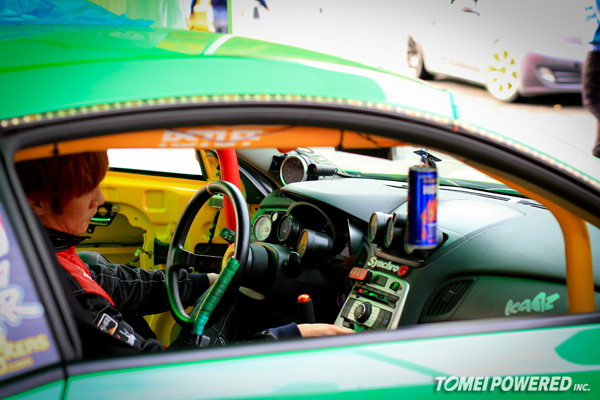 Kazama Kwan is one of the most popular drivers in South Korea, here is his car. 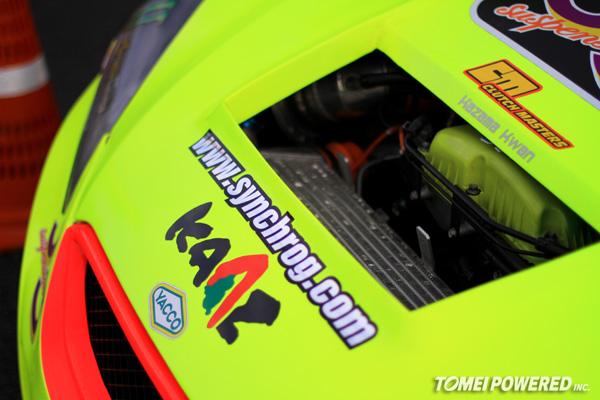 Green is his theme, and the fluro colour was chosen to help it stand out more from the rest. He’s running the 2L 4 cylinder turbo charged engine . 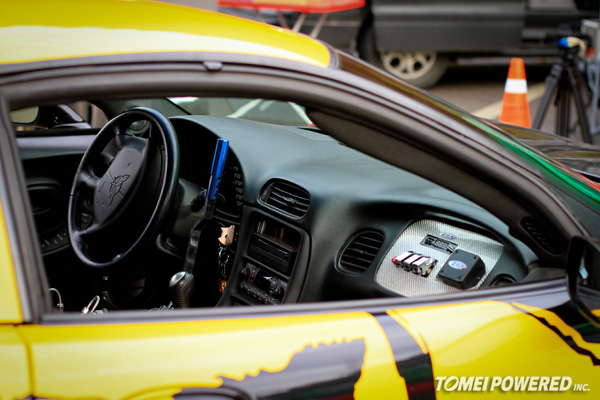 This Corvette was made famous in Korea from a special YouTube video. So the car was impounded for a while, then the owner only recently got it back prior to this event. 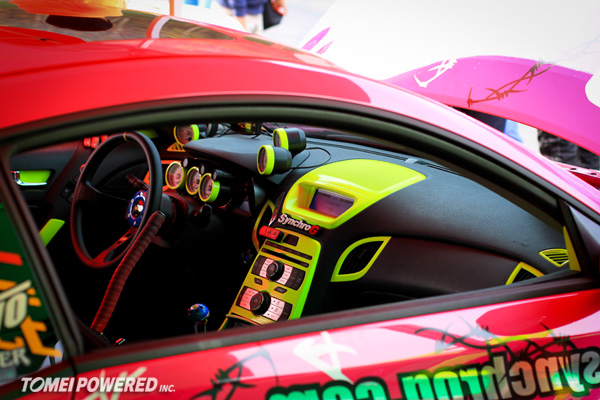 This is car is also another member of the SG Factory team. The only bright pink car there. That’s a lot of colours.

This car is running the V6 engine. 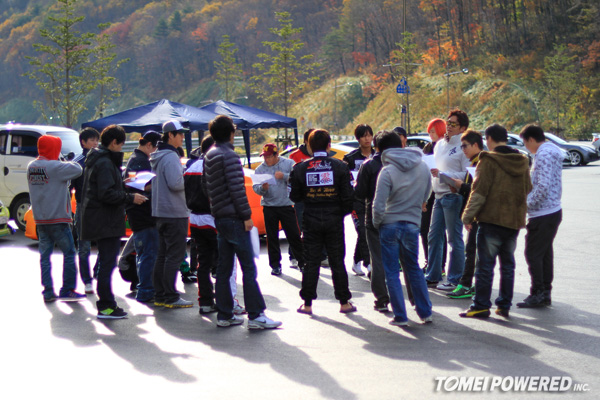 This is the drivers meeting, held in the open as the event was held at a huge car park in Taebaek. 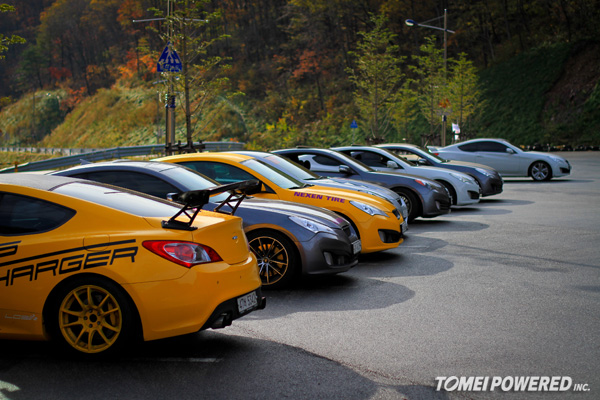 I’ve never seen so many Hyundai cars in the one place, at the same time. 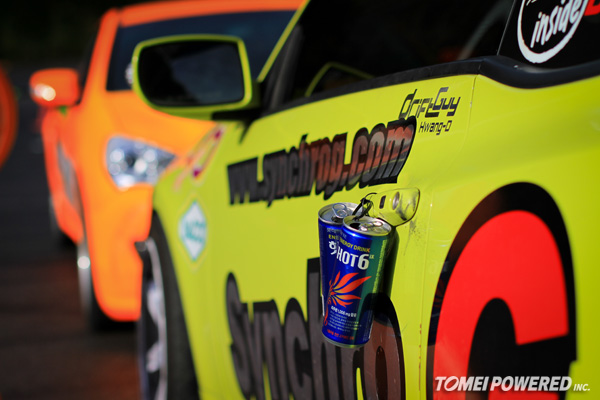 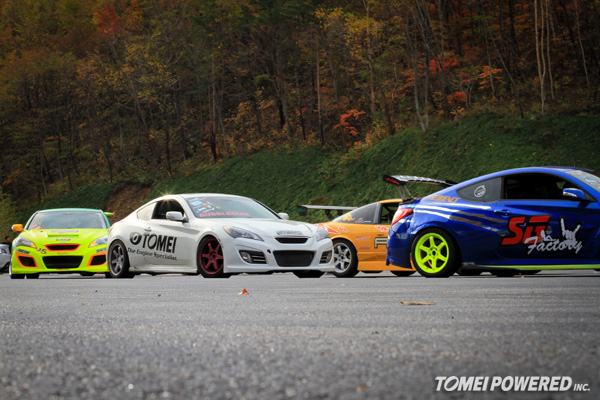 This event was in autumn last year, hence the reason for the beautiful autumn leaves in the background. Korea has some similarities with Japan. 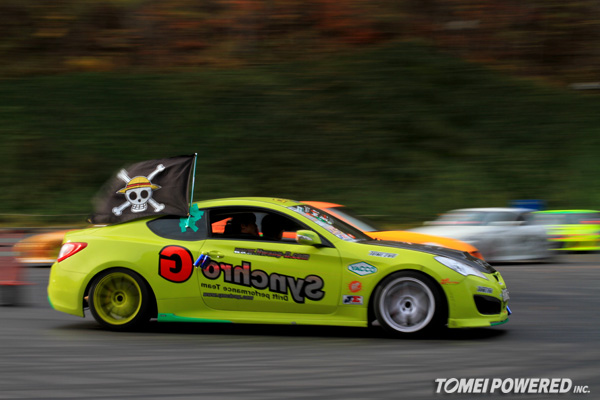 This is Hwangs car, he’s half Japanese and half Korean. This car was featured in the Japanese Drift Tengoku magazine just. Hwang shipped his car to Japan for the shoot the week before, and just got back a few days prior to this event. That’s a One Piece anime flag too. 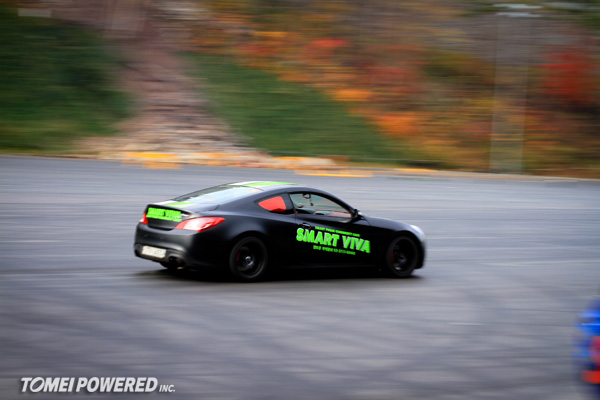 We’ll have more on this scene soon. So stay tuned to see more shortly.