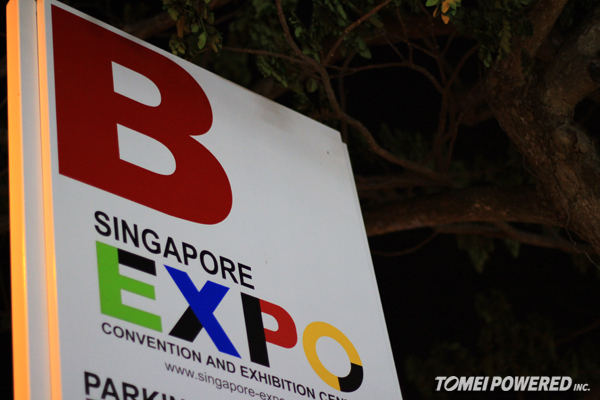 Continuing on with the Drift show, 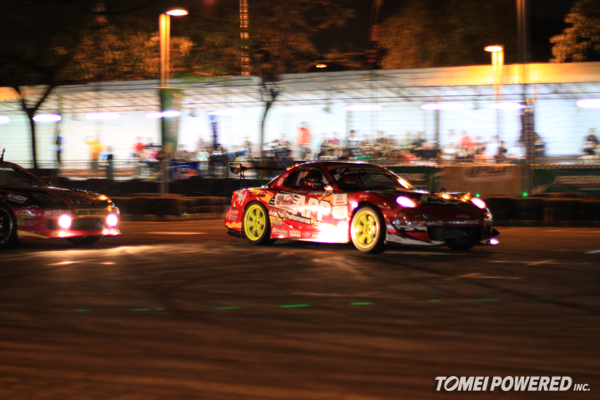 at night, under lights, 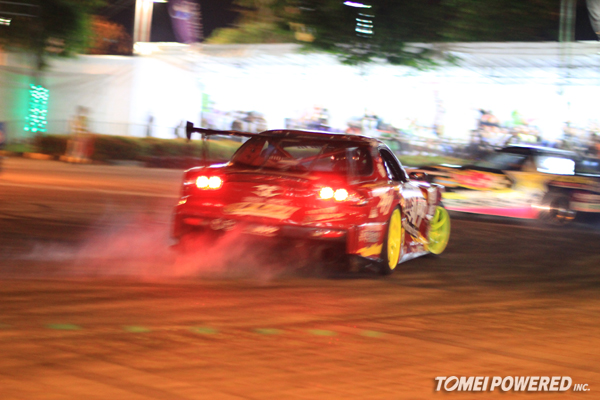 entertaining the fans, these cars also looked just as good at night as they did during the day. 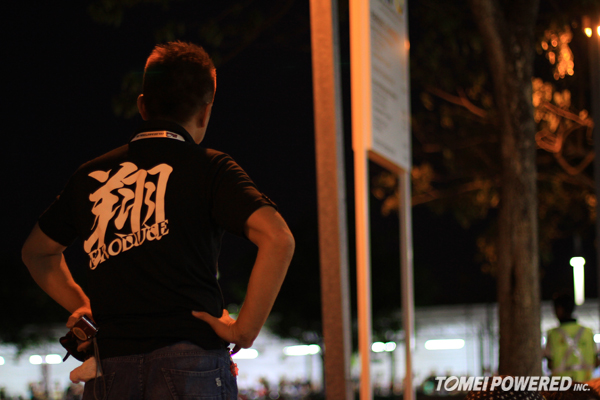 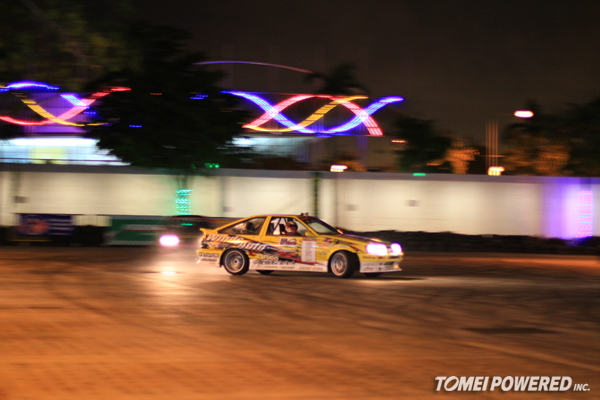 Obata-san has some Tomei Procams in his SR20DET powered AE86. 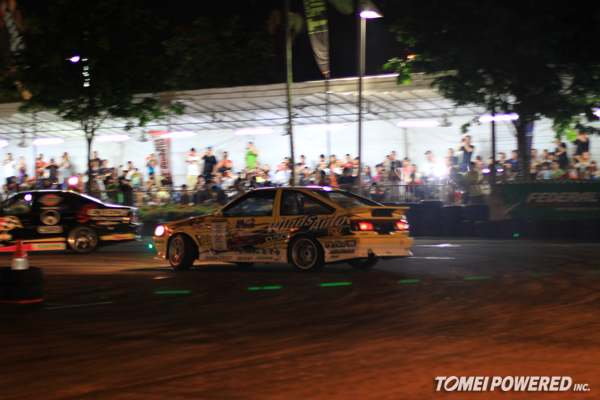 But his car had too much power for this tight track. 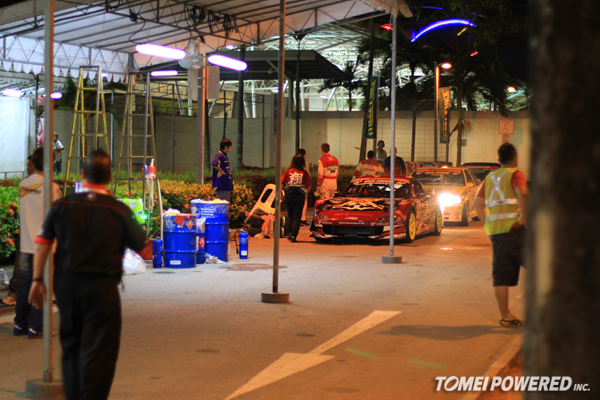 The cars from Japan and Australia were using VP Racing 100 Octane race gas. In Japan, we have 100 Octane pump gas. 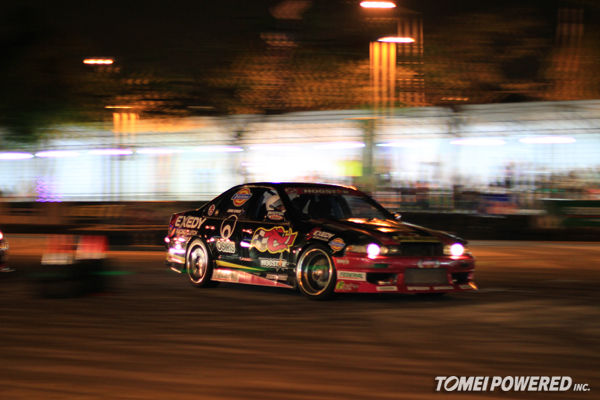 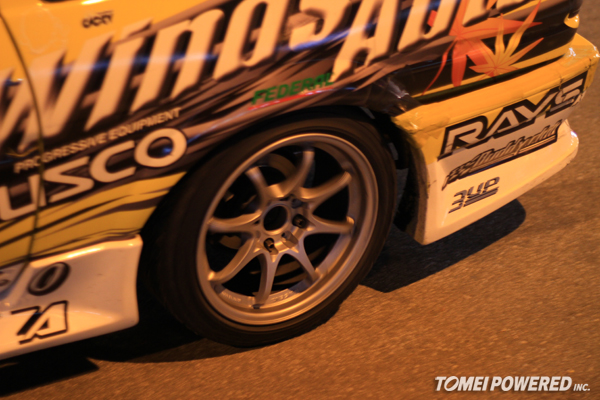 Slight signs of past D1GP action 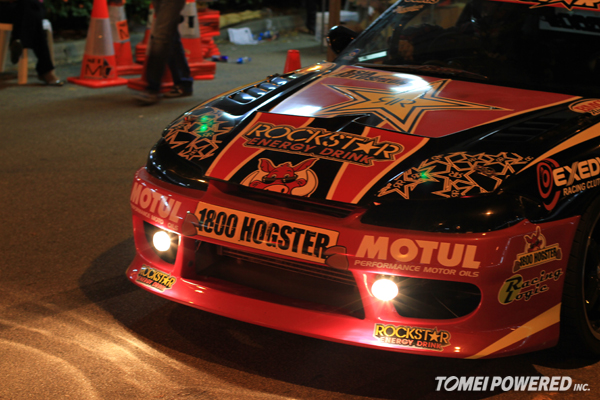 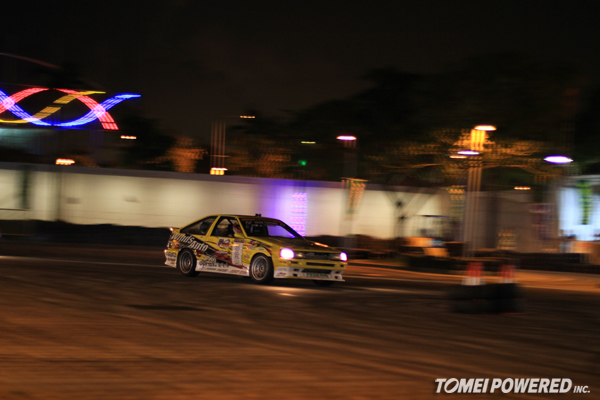 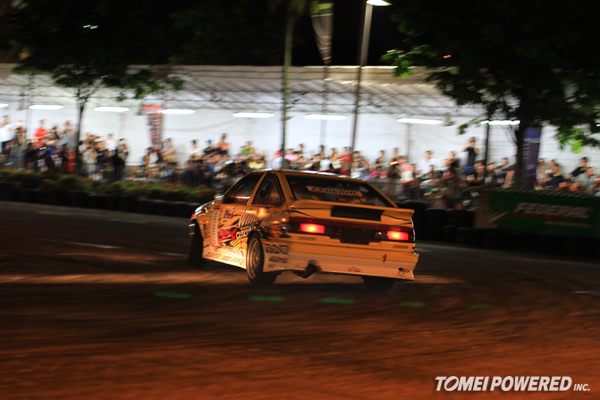 doing his best to please the crowd. 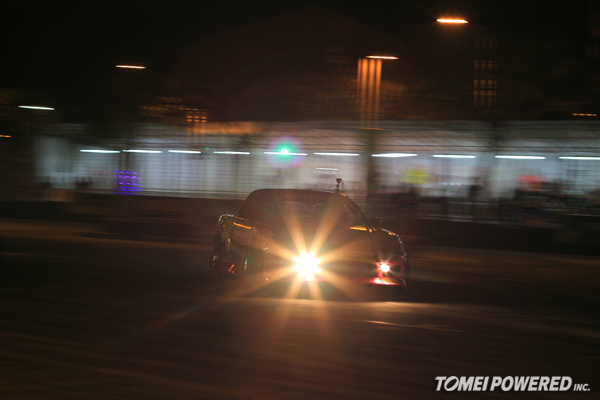 The stars shine brighter at night. 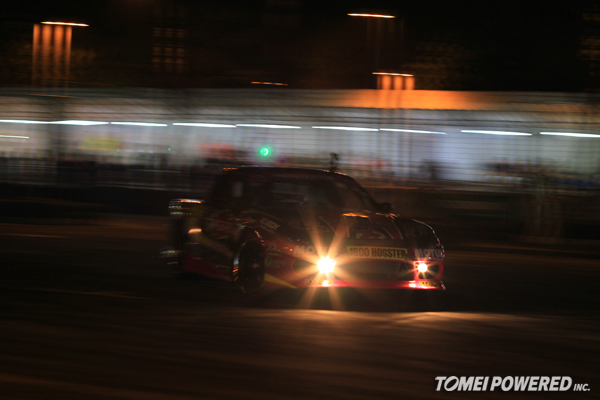 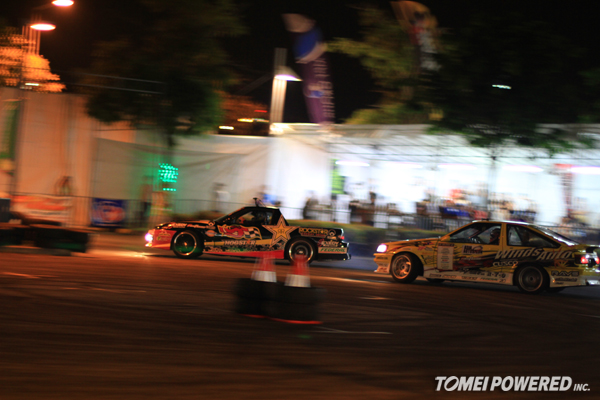 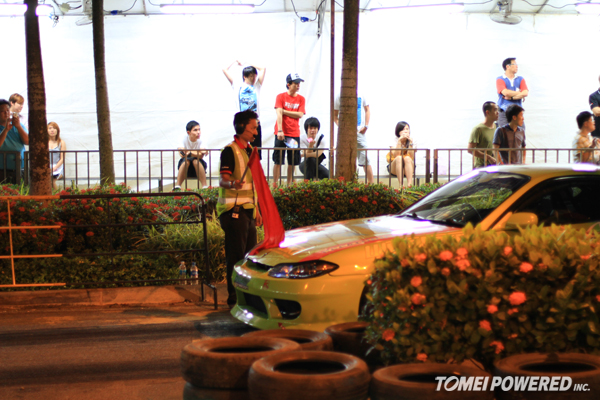 Then the local Pro Drifters, 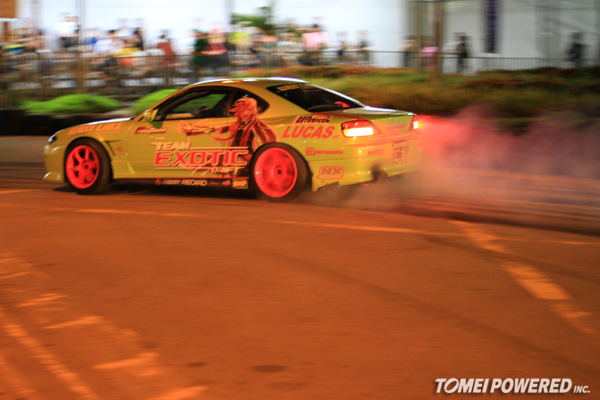 Team Exotic with the S15. 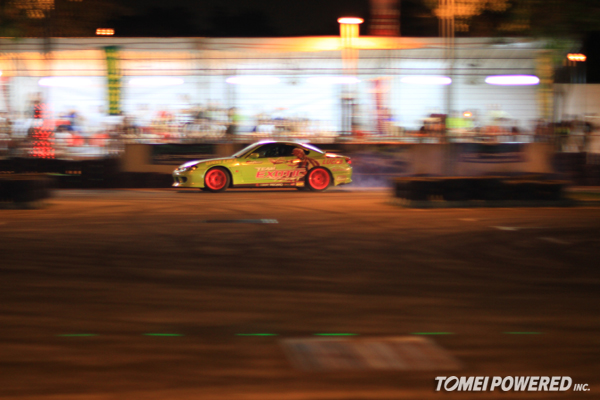